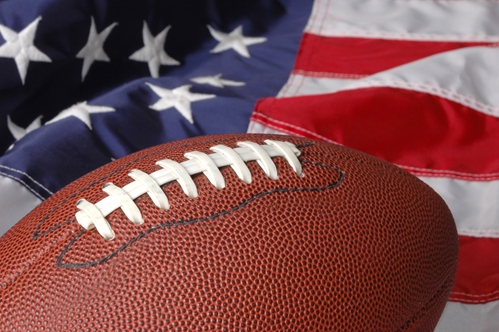 Winning at business: Lessons from the NFL

Every now and then, it's important for business leaders to take a step back from their daily grind, see what is or isn't working and find areas for improvement.

No one knows how to do this better than the National Football League. Football is one of the most beloved and celebrated games in America – but don't forget that the NFL itself is a business. According to Market Watch, last season the NFL generated $13 billion in revenue – holding down its spot as the highest earning league in American sports – and is estimated to make about $25 billion by 2027.

As one of the most successful organizations in history, the NFL has a lot to offer companies across virtually every industry about hard work, strategic planning, people management and execution.

Planning is key
Even with the most talented athletes on your side, you can only get so far without the right game plan. Business process management is to companies what the playbook is to an NFL team: It acts as a roadmap guiding you to your goals – a blueprint of the steps, processes, strategies and techniques that will bring you from point A to point B and act as a foundation for how the work is going to get done.

However, even the best laid plans are subject to plan. NFL coaches are always adjusting their game plan, making tweaks based on player performance and moving positions around as necessary. While it is important for business leaders to be persistent in the pursuit of their goals, it's arguably just as critical to be agile in their approach to achieving them.

Success is a collaborative effort
One of – if not the – greatest coaches of all time, New England Patriot's Head Coach Bill Belichick has won four (possibly soon to be five) Super Bowl Championships, so clearly he is doing something right. Part of his success could be attributed to his keen understanding of the importance of teamwork.

You can have the best quarterback in the league, but without a receiver capable of catching the ball, it means little. You can have a handful of top performing employees, but at the end of the day, everyone has a role to play and success is a product of the collaborative effort of many. Part of successful business process management is ensuring that the right players are in the appropriate positions and have the tools and preparation needed to effectively execute their functions and responsibilities.

"Be comfortable taking risks and advantage of unique opportunities."

Be willing to take risks
In this ever-evolving world of technology we now live in, being a company that is capable of innovating and exercising an out-of-the-box mentality offers a competitive advantage. Whether it is a new product idea or an employee you are considering promoting to a new position, don't be afraid to take risks.

One of the greatest and most inspirational NFL stories that demonstrates the kind of payoff that can occur when you have the confidence to take chances on unique opportunities that come your way is the story of Vince Papale, played by Mark Wahlberg. In 1976, 30-year-old high school teacher and Philadelphia Eagles fan Papale, against all odds and despite plenty of naysayers, decided to attend the first open tryouts the Eagles held. Not only did he make the team and play with them for three years, he was the "Most Outstanding Special Teams Player" during the teams' 75th anniversary and inspired the Walt Disney movie "Invincible."

For more business management advice, visit www.AppWright.com or click below to learn more about how a BPM solution can help drive your company success.